Where to go, what to do and Villas to rent in French Riviera | Côte d’azur.

The French Riviera, otherwise known as Côte d’Azur, is famous for its beaches. When Europe hits the beach, it often does on the south coast of France (or the Brits to Spain), French Riviera is the Mediterranean coastline of the southeast corner of France. There seem no real limits to define the borders, usually, it is from Cassis or Toulon on the west to France to the Italian Riviera (Italian border in the east). Rent a villa in French Riviera | Cote D’Azur explore the Provence-Alpes-Côte d’Azur region of France.

Nice (Pronounced “niece”) in the French Riviera, on the southeast coast of France on the Mediterranean Sea, offers a fabulous climate with its beautiful beaches with stunning views. It doesn’t matter if you are “well to do” or not: with its ever pleasurable seafront esplanade and fine museums, Nice has two airports, Nice Côte d’Azur Airport, France’s third-busiest airport (after Charles de Gaulle Airport and Orly Airport) and airport at Mandelieu were once the region’s main airport is now mostly used by private and business aircraft. In the traffic-free old city of Nice French and Italian flavours blend in well to create a spicy Mediterranean dressing.

Nice can be “nice” and hot, but at the peak of summer (July and August), it is packed with tourists, to avoid mass tourism and heat, June or September are great months for travels. Rent one of our villas in French Riviera | Cote D’Azur in early June or from September and you can beat the serious heat and crowd and expect a much-personalized service. The Beach here even though it’s stony, is pretty famous: whether you look for an adrenaline rush or work at your suntan, the beach has everything you want. Remember much of the beach is public, though there are many private beaches too, so you might have to pay to rent a spot where they provide you with a lounge chair and umbrella with a mattress.

The cosy port of Villefranche, in spite of luxury yachts shining in its bay, offers villa holidaymakers a relaxed slice of small-town Mediterranean life, just minutes from the hubbub of Nice and Jet-setty Monaco.

Villefranche is a great place for a tranquil villa holiday in the South of France. Rent a villa in the French Riviera | Cote d’Azur and experience the french Mediterranean lifestyle of this region. The town feels Italian, with its light orange buildings and pastel harbour. When Pirates took over the original ancient port, residents escaped to the hills. In 1295, Charles II, Duke of Anjou, then Count of Provence, enticed the inhabitants of Montolivo and surroundings to settle closer to the coastline in order to secure the area from pirates, therefore encourage the inhabitants to come live on tax-free status. So, this place became “Ville”, town, “Franche”, without taxes. Only a few families live here, but big yachts call this their home. It is a coast dotted with floating toys of multi-millionaires. The Inhabitants seem to be keeping an eye on the biggest yachts and talk about it like it’s part of the village. Sometimes you will be catching the stern line of the ECLIPSE (Owned by Roman Abramovich).  Most expensive Villas and real estate stretch from here all the way to Monaco.

The French oyster capital of Cap Ferret is well-known for its lighthouse and as an up-market resort that has retained its natural feel at the heart of the Landes of Gascony and the Pays de Buch.

Cap Ferret is an extremely private, affluent, mainly residential community, fills a park-like peninsula (you will never get past any of these gates). It also has a chic beach holiday destination in France. You are most welcome to take a delightful stroll here. Following its well-groomed path, you can stumble around a hidden little beach, wander the luxurious port of Jean-Cap-Ferrat, get a quick view of David Niven’s home (a British actor, memoirist, and novelist), and tour the Rothschild Ephrussi mansion and gardens in the ultimate French Riviera. The luxury of Venice, Versailles, and the Cote d’Azur all come together in this villa. She filled it with many of her collections and created her own private zoo with exotic birds and animals. The regal belle époque interior offers a glimpse into the life of the rich and unconventional Baroness Rothschild. Building this palace Baroness went through 10 architects, Lady Rothschild sense of style dripped into a backyard, with many types, English rose garden, Japanese garden, Exotic growth of Cactus, Gothic stone garden, and above all the Temple of Love.

Èze, renowned tourist site on the French Riviera, is famous worldwide for the view of the sea from its hill top. Èze Once an intimidating town gate planned to keep the pirates out leads into the medieval village, this self-proclaimed art and gastronomy mixes, perfume outlets, luxury shops, art galleries, hotels and restaurants, cobbled paths and panoramic views attract a large number of tourists and honeymooners.  If you are more active climb further up to the scant ruins of the Èze Chateau. Arrive up greeted by cacti plants of nearly a hundred varieties, and then enjoy the commanding Riviera views. Stay near Villas near Èze and discover this stunning area.

With an area of 2.1 km2 (0.81 sq mi), it is the second-smallest sovereign state in the world, after Vatican City. Economic development was spurred in the late 19th century with the opening of the state’s first casino, the Monte Carlo Casino, as well as a railway connection to Paris. A tiny humble Monaco unexpectedly came on the map, when the prince built a casino managed to connect his domain to the rest of the Riviera with a train line and a new road.

Monaco became the place for the rich and famous to play, the people of Monaco have the highest per capita income with exquisite apartments to go with it. The famous casino allows the wealthy to lose money gambling in extreme style and comfort. While Monaco is a tax-free country, the prince still collects lots of taxes through real estate, VAT, and cooperate taxes. Car still race, as they have since 1929, the Monaco Grand Prix has been held annually around the principality. It is widely considered to be one of the most reputable auto races in the world. The erection of the Circuit de Monaco takes six weeks to complete and the removal after the race takes another three weeks.

Francesco Grimaldi (His statue is in the Palace Square) seized the Rock of Monaco in 1297 disguised as a monk, started the Grimaldi dynasty, under the sovereignty of the Republic of Genoa. After 700 years later, they still rule and the current prince is the direct Desenedent of the Grimaldi family. Monacos’ Cathedral holds many past Grimaldi Tombs, but the most visited perhaps would be the Famous American Actress Grace Kelly or known as Princess Grace, Mother of the current Prince Albert II of Monaco. Sadly, Much adored  Princess died in a car accident on the 13th of September 1982, when driving back to Monaco from her country home in Roc Agel. The reason for the death may have been a mild stroke where she lost control of her car and drove off the cliff, winding road, and down the 120-foot mountainside.

Not far from Monaco is the World Famous Cannes,  Famed for international film festivals, The Cannes Film Festival has its origins in 1938, although the start had trouble with Mussolini and Hitler respectively overruled the jury’s decision in order to award the best movies to Italy and Germany, the Best film to Italian war film Luciano Serra, Pilot, produced under the supervision of Mussolini’s son, and the Coppa Mussolini for the Best foreign film to Olympia, a German documentary film about the Berlin 1936 Summer Olympics.

The Film Festival is attended by film producers, famous actors, celebrities, and paparazzi. With select high-end hotels with mostly private stretches of sandy beach, it is a place for strolling and fantasising about meeting a movie star and relaxing on the seafront.  There may be no actual sights to tour, if you missed the film festival there is so little to do in Cannes, maybe some shopping and again back to the beach. While there is a Public beach most beaches come with a fee. Real Cannes experience seems to be able to sunbathe without masses taking hold of your space.Stay in style in your Private luxury villa in near Cannes.

Snuggled between Nice and Cannes, Antibes has a more relaxed ambience rare for this area. Its old-town beauty is swaddled in a rampart and watched over by twin medieval towers. By the First World War, Antibes had been connected by rail with Nice and almost all of its Ramparts had been destroyed. The French king made sure the ramparts were strong and well-protected. Nowadays, the fort keeps a priceless collection of Picasso’s. This resort town became a well-known place after the 1st world war. Under the Treaty of Turin (1860), Nice was ceded to France by the new Kingdom of Italy, and Antibes, therefore, ceased to be a border town as the frontier moved 50 km eastward to Menton. 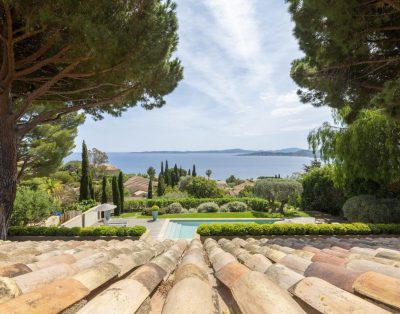 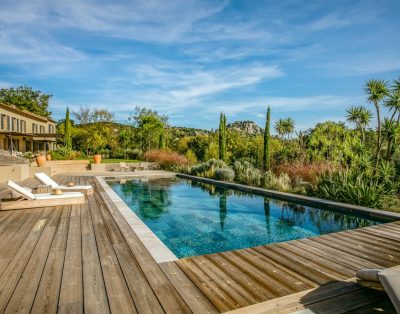 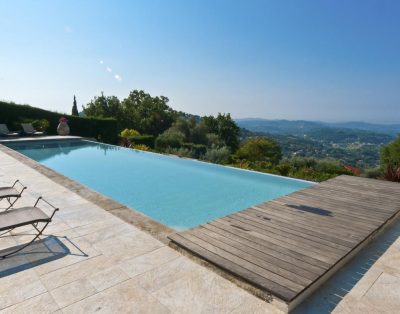 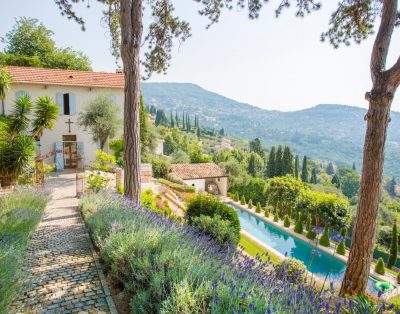 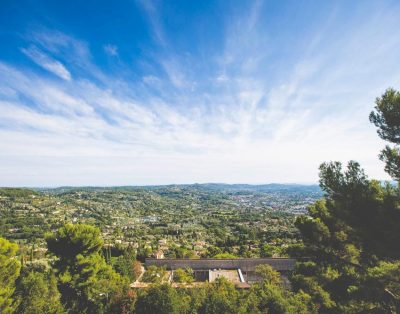 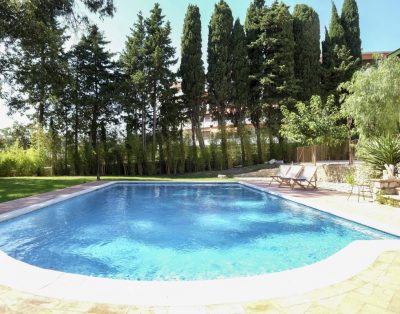 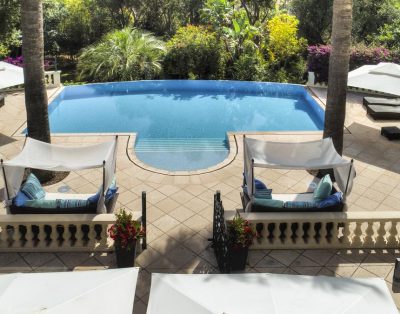 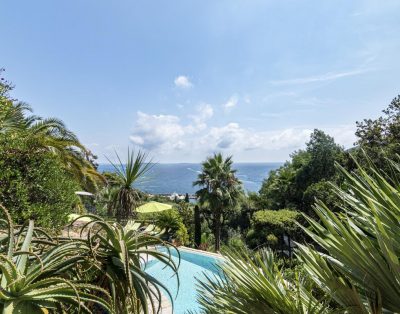 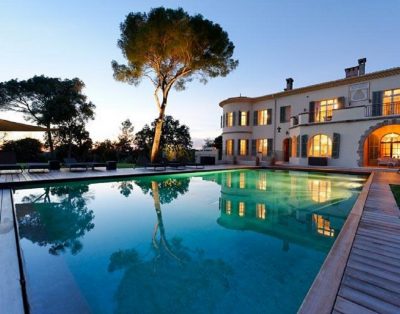 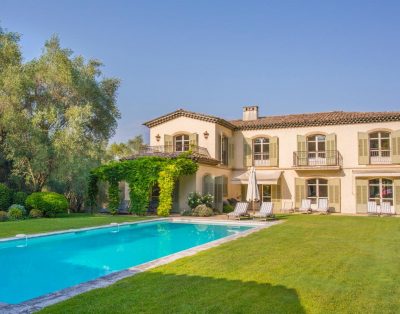 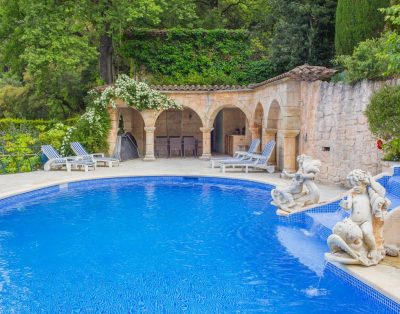 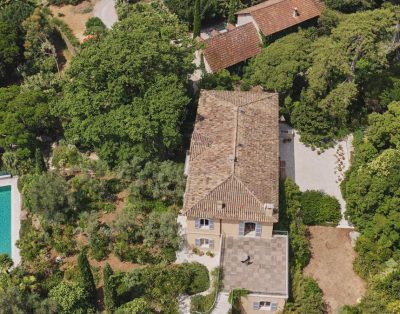 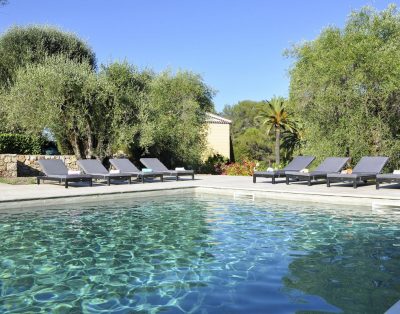 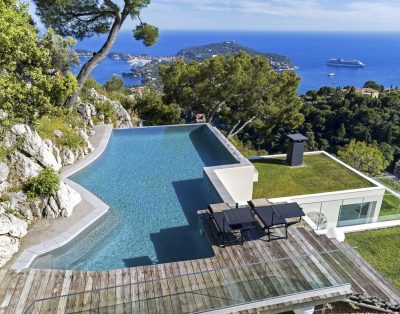 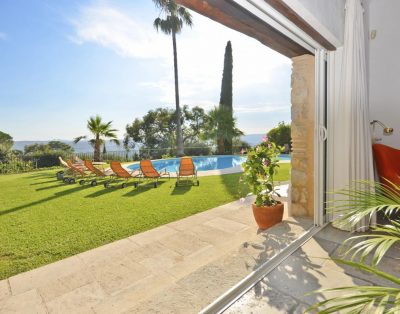 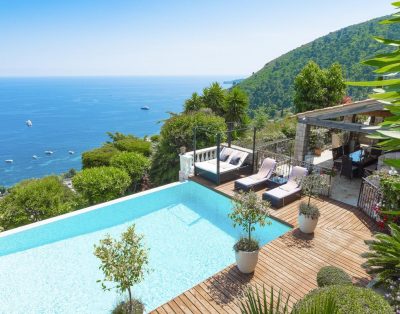 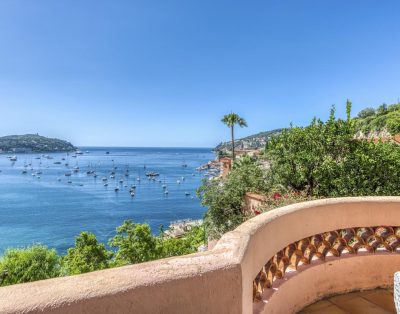 From £ 764 to 1,834 /night
Villa rental 1 | Nice, French riviera | 5 Bedrooms
Luxury Villas and Chateaux in France / Sleeps 8-10
Guests:9
Min. Days:7
Region:French Riviera | Cote D’Azur
Area:Nice, Villefranche sur Mer
We use cookies on our website to give you the most relevant experience by remembering your preferences and repeat visits. By clicking “Accept All”, you consent to the use of ALL the cookies. However, you may visit "Cookie Settings" to provide a controlled consent.
Cookie SettingsAccept All
Manage consent