Rent a Villa in Provence

Where to go, what to do and Villas to rent in Provence.

The region of Provence covers the area of  the Mediterranean coast up the Rhône River Valley. It corresponds the administrative region of Provence-Alpes-Côte d’Azur, while including the departments of Var, Bouches-du-Rhône, Alpes-de-Haute-Provence, as well as parts of Alpes-Maritimes and Vaucluse. The historic city of provence is Marseille.

Some fantastic cities and destinations not to miss in this region are the ancient city of Avignon, Nimes and Arles. 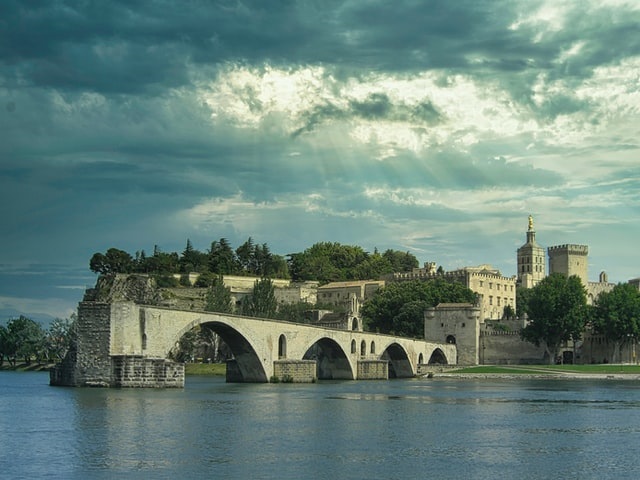 Well known for its Palace of the Popes and the broken bridge Modern Avignon thrives behind its great medieval walls. With the growing student population and designer shops. The papal palace dominates the old town.

Between 1309 and 1377, during the Avignon Papacy, 07 successive popes took residence in Avignon, and in 1348 Pope Clement VI bought the town from Joanna I of Naples. Papal rule lasted until 1791 when, during the French Revolution, it became part of France.

In the 14th Century, the Church ruled the town and made it Europe’s biggest construction territory. It built its 10-foot-thick walls symbolising its power, made mansions for cardinals, residences for the whole Vatican bureaucracy, large public squares, and the pope’s towering palace.

After more than half a century of rule, the pope decided to move the papacy back to Rome. But Avignon had other plans, they made its own rival pope, and for about 40 years there were two popes in two cities in Europe — one in Rome and one in Avignon.

Finally, in 1417, a Church-wide council declared the Roman pope, Avignon dropped its claim and ended the separation.

Saint-Bénézet, also known as the Pont d’Avignon, is a famous medieval bridge in the town of Avignon. Built between 1171 and 1185,  it was strategic — one of only three bridges crossing the great Rhône in the Middle Ages, important to pilgrims, merchants, and armies. Pont Saint-Benezet is perhaps famous as the subject of a children’s rhyme, “Sur le Pont D’Avignon” The bridge, which was built during the 12th century, is fallen into ruins.  While the Bridge was destroyed during the siege of Louis VIII of France for almost 40 years, it was rebuilt in 1234. In 1669, floods swept away more of the structure for the last time, four arches and the gatehouse at the Avignon end of the bridge have survived as seen here with the photo. 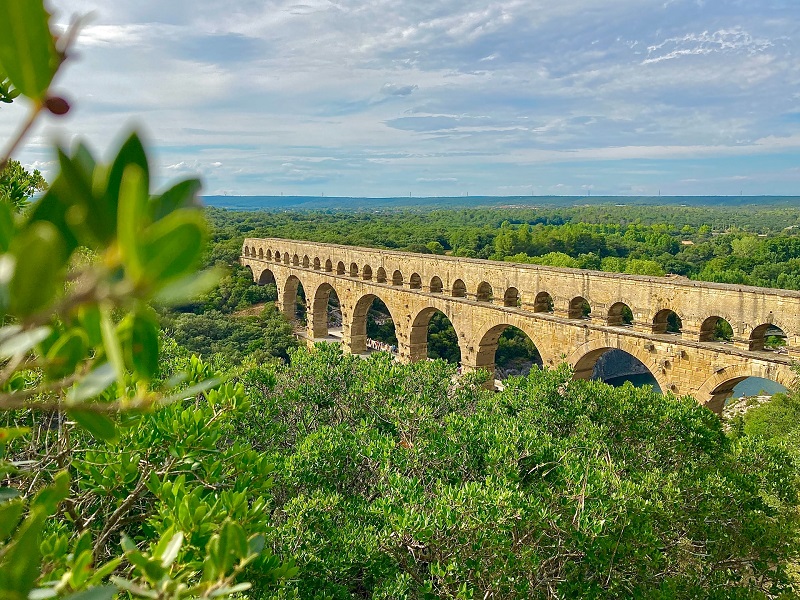 The well-kept Roman aqueduct was built in about 1st century AD, and while most of it is on or below the ground, at Pont du Gard it crosses the river Gardon near the town of Vers-Pont-du-Gard in southern France. The aqueduct formerly carried an estimated 40,000 m3 of water a day to bring water into Roman city and homes of the citizens of Nîmes. To enjoy Pont du Gard, don’t forget your flip-flops and Swimsuits. it is one of France’s most popular tourist attractions.

Other attractions not to miss during your Villa holidays in Provence are Maison Carrée, once used as a city hall and church now its a monument; the roman Aqueduct of Barbegal: it is said that this mill was able to produce enough flour for each day to feed 12,000 hungry Romans; Fondation Van Gogh: This art foundation is worth a stop for modern-art lovers and Van Gogh fans. Finally, not to miss is the Côtes du Rhône wine region. Well known wine roads of France, travelling through a rustic landscape  you will see acres of vineyards with warm stone villages.

For local cuisine in Provence, try the ratatouille, a real local favourite, or bouillabaisse, a mouth-watering seafood stew made with shellfish, fish, vegetables and herbs.

All Sizes
All Types
Provence
All Areas
Default 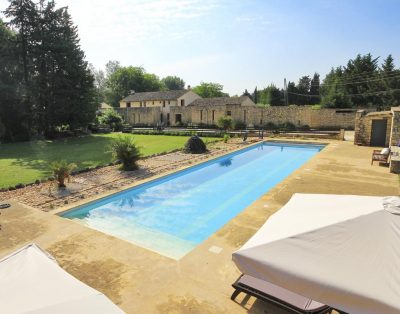 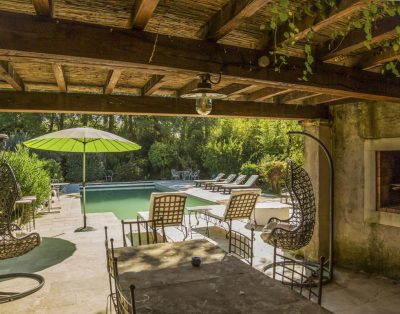 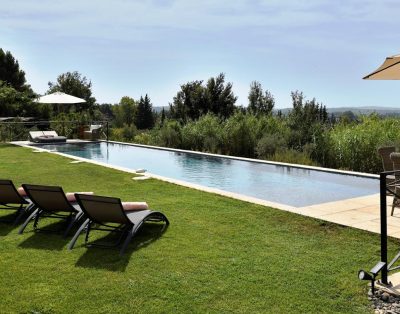 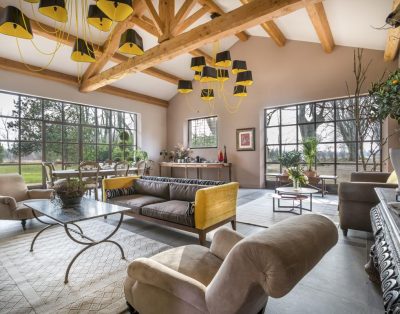 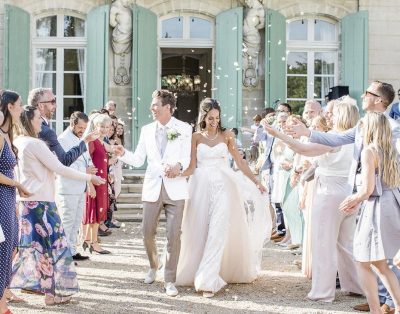 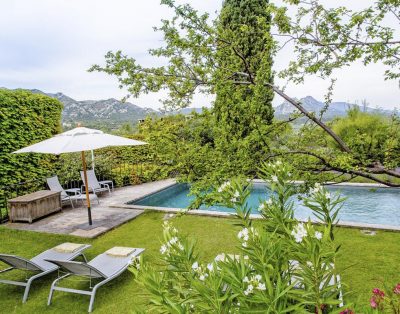 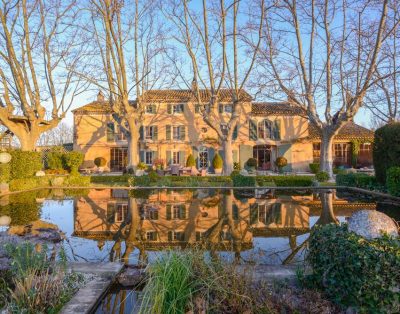 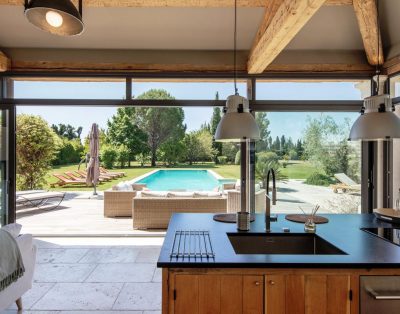 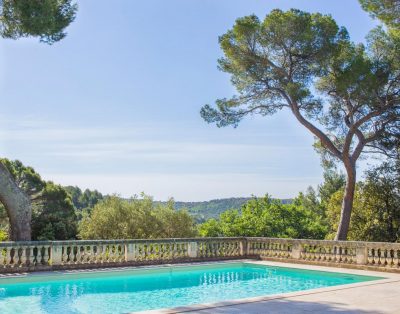 From £ 900 to 1,432 /night
Holiday villa 1 | Avignon, Provence | 8 Bedrooms
Luxury Villas and Chateaux in France / Sleeps 11-13, Sleeps 8-10
Guests:12
Min. Days:7
Region:Provence
Area:Avignon
We use cookies on our website to give you the most relevant experience by remembering your preferences and repeat visits. By clicking “Accept All”, you consent to the use of ALL the cookies. However, you may visit "Cookie Settings" to provide a controlled consent.
Cookie SettingsAccept All
Manage consent