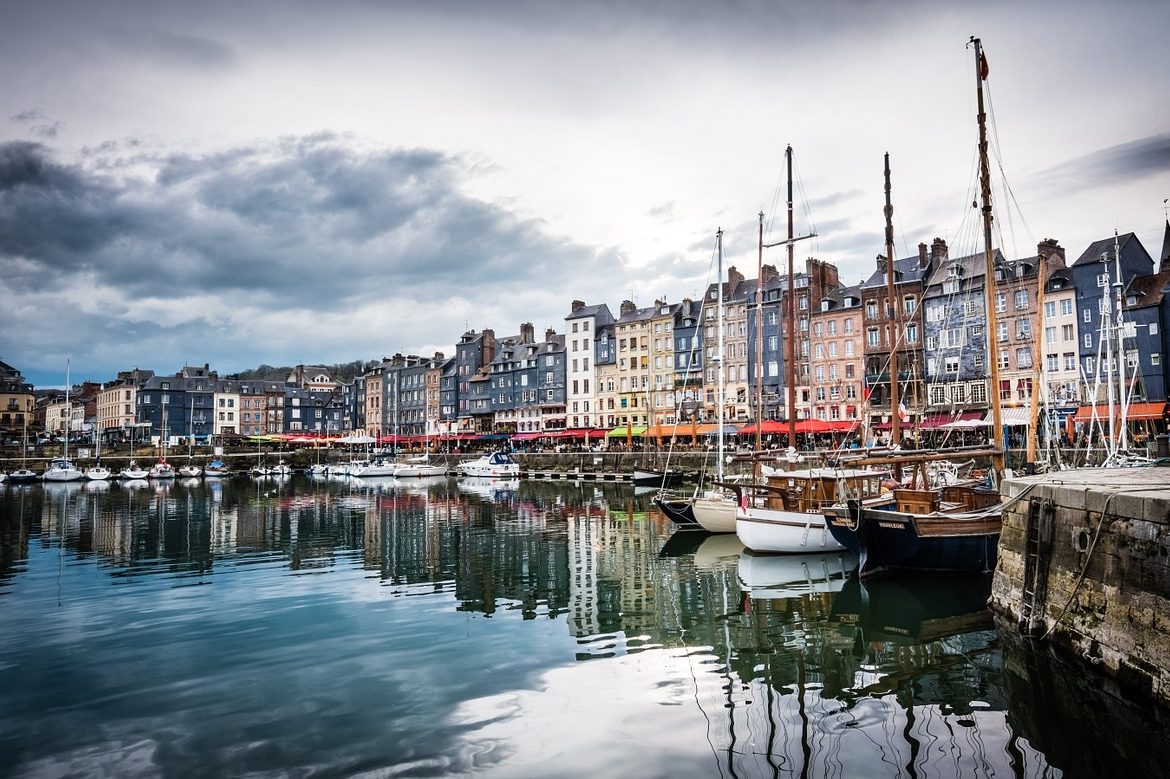 Top Places to Visit in Normandy

Normandy: things to see and do​, during your villa holiday.

Normandy is famous for its abbeys, Camembert, water lilies, tranquil nature, crepes and delicious gastronomy with welcoming friendly locals in France. Do not miss these fantastic cultural and natural attractions, whilst holidaying in Normandy during your Villa holiday. 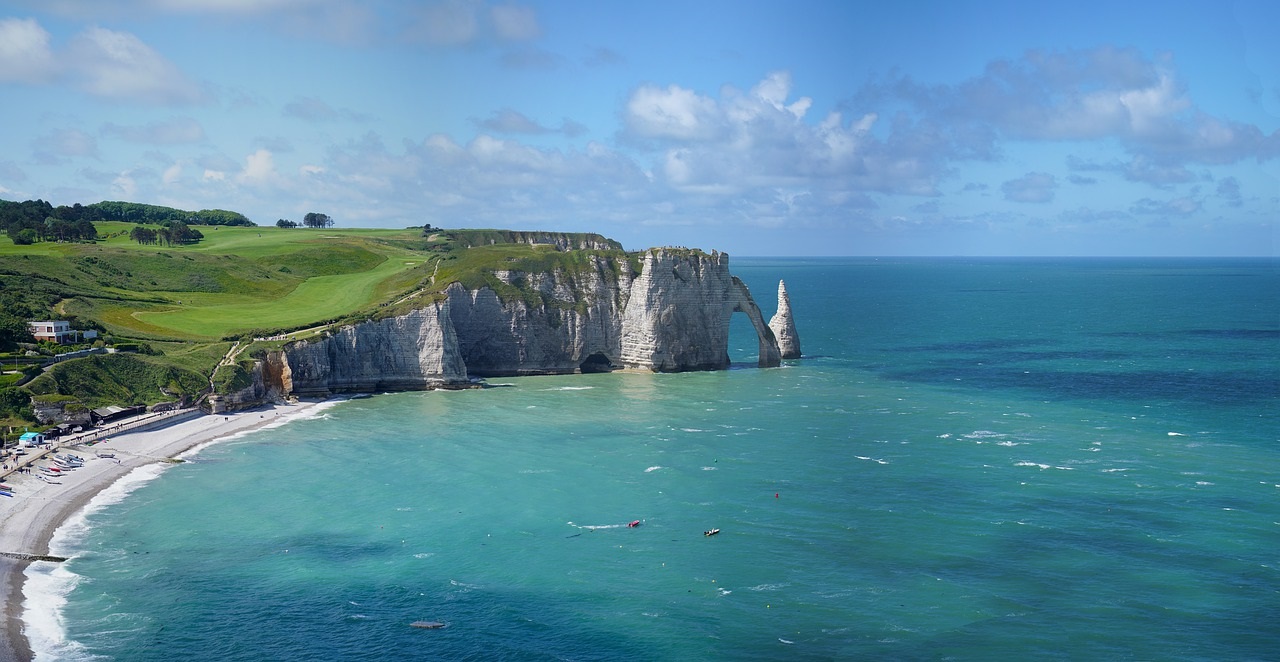 The history of Normandy is full of wars and battles:  Viking Norseman  (made commonly famous by the TV series “Vikings”), settled on its coasts in the 9th Century and King Charles III of France agreed to call this region Normandy. The 7th duke of Normandy, William the Conqueror attacked England from these shorelines, and Joan of Arc who gathered the French against the English was burned at the stake in Normandy.

The fiefdom of Normandy was formed for the Viking leader Rollo (also called Robert of Normandy). The descendants of Rollo and his followers adopted the local Gallo-Romance language, intermarried with the area’s native Gallo-Roman inhabitants, and adopted Christianity.

Moreover, on this same coast, World War II was fought to change the course of history. D-day Beaches: along the Atlantic coast nearby you will see countless memories of the largest operations in history. It was on these beautiful beaches on the break of dawn on June 6th, 1944 that the alleys finally gained a position in France and Nazi Europe started to fall apart. Peace came over a huge price with 4000 lives were lost. Beaches here are scattered with museums, memorials, and sad graveyards.

Hike with pilgrims to the enchanted Mont St-Michel

A Hike worth taking is the island monastery of Mont St-Michel. For more than 1000 years this abbey has been a blessing to pilgrims, for the weary spirit its place to find rest, and it still hasn’t changed even today. Le Mont-Saint-Michel is a tidal island and mainland commune in Normandy(Normandie). Since the 6th-century hermit monks have lived here searching for solitude. Pilgrims used to cross the seas carefully knowing that the sea can sweep in at the speed of a galloping horse. In the late 1800s a road was built from mainland to the island allowing pilgrims to travel safely. The connection between the Mont Saint-Michel and the mainland has changed over the years. in 2006, the French prime minister announced a €200 million project,  in 2014, the new bridge by architect Dietmar Feichtinger was opened to the public. Other than 1841 to 1861, where the population was just over 1000 residents, Nowadays, the town of Mont St-Michel just has 30 residents but to could cater for more than 2 million tourist a year. Try the fluffy omelets here.

Visit the historical city of Rouen 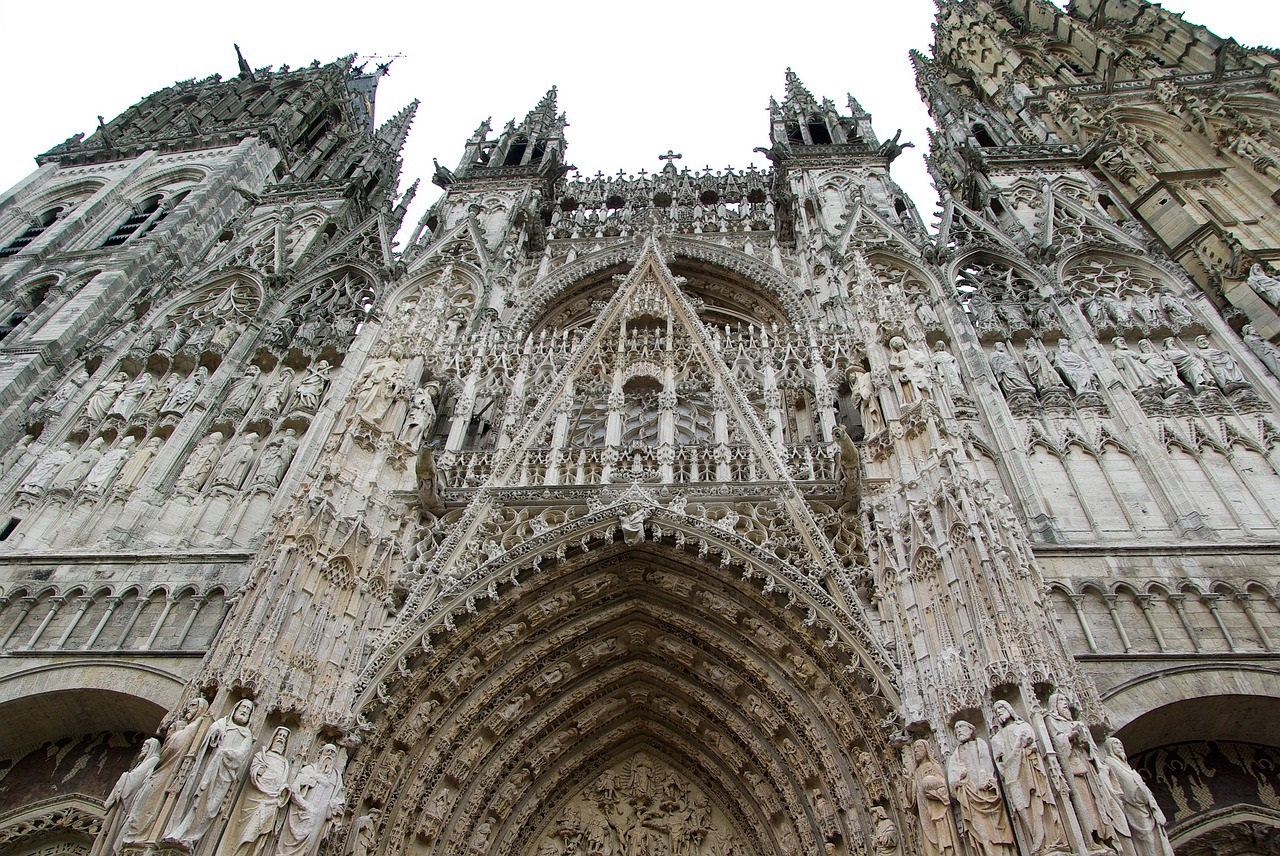 Rouen is located about 2 hours from Paris. It is the capital of the region of Normandy. In the present day, Rouen combines both modern buzz and Gothic architecture. It’s a flourishing port with a pedestrian-friendly old town and the magnificent Rouen Cathedral (Notre-Dame de l’Assomption de Rouen) stands as a reminder of the city’s historic prominence. The tip of the cathedral was made of cast iron in the late 1800’s — more or less at the time Eiffel tower was been built in Paris, At 150 meters high it’s the tallest in France. Soon enough as you wander, you’ll find here the final resting place of the English King, Richard the Lionheart.

The Gros Horloge is an astronomical clock dating back to the 14th century. It is located in Gros Horloge street and has adorned the former city hall for 500 years. Back then, just having an hour hand offered ample exactness. Research in 2011 and 2012 led an expert group of researchers to posit that European astronomical clocks are descended from the technology of the Antikythera mechanism. If you take a closer look at the lamb at the end of the hour hand is a reminder that wool was the basis of Rouen’s wealth. Stroll by the medieval building boom of Rouen, see the half-timbered Oakwood building.
As Rouen was an important English base at that time, it was the place where Joan of Arc was burned in 1431. 19-year-old Joan of Arc was taken by the English, condemned of heresy, and burned in Rouen. Eyewitnesses described the scene of the execution by burning on 30 May. Tied to a tall pillar at the Vieux-Marché in Rouen, she asked two of the priest, to hold a crucifix before her. After she died, the English raked back the coals to expose her charred body so that no one could claim she had escaped alive. They then burned the body twice more, to reduce it to ashes and prevent any collection of relics, and cast her remains into the Seine River. The executioner, Geoffroy Thérage, later have said that he “greatly feared to be damned for he had burned a holy woman.

Take a good look at the Bayeux Tapestry

Another place to explore is Bayeux Cathedral, well known for its embroidered cloth – Bayeux Tapestry,  nearly 70 metres (230 ft) long and 50 centimetres (20 in) tall, which portrays the story of arguably the most unforgettable episode of the crucial Battle of Hastings in 1066, the events leading up to the Normans takeover of England concerning William, Duke of Normandy. The first reference to the tapestry is from 1476 when it was listed in an inventory of the treasures of Bayeux Cathedral. It survived the sack of Bayeux by the Huguenots in 1562, and the next certain reference is from 1724.

Trail the bucolic Seine Valley, the winding path of the Seine offers an adoring journey.

Don’t miss Monet’s gardens in giverny and take glance in on local artisans.

The peak season is usually in summer, so the best time to visit Normandy are July and August, yet less crowded and still moderate temperate months runs between June and September, it could be said its nice enough weather to visit the beaches. Temperatures along the coast are around 25°C during this period. On the whole the best time to visit is from April to October.

We use cookies on our website to give you the most relevant experience by remembering your preferences and repeat visits. By clicking “Accept All”, you consent to the use of ALL the cookies. However, you may visit "Cookie Settings" to provide a controlled consent.
Cookie SettingsAccept All
Manage consent